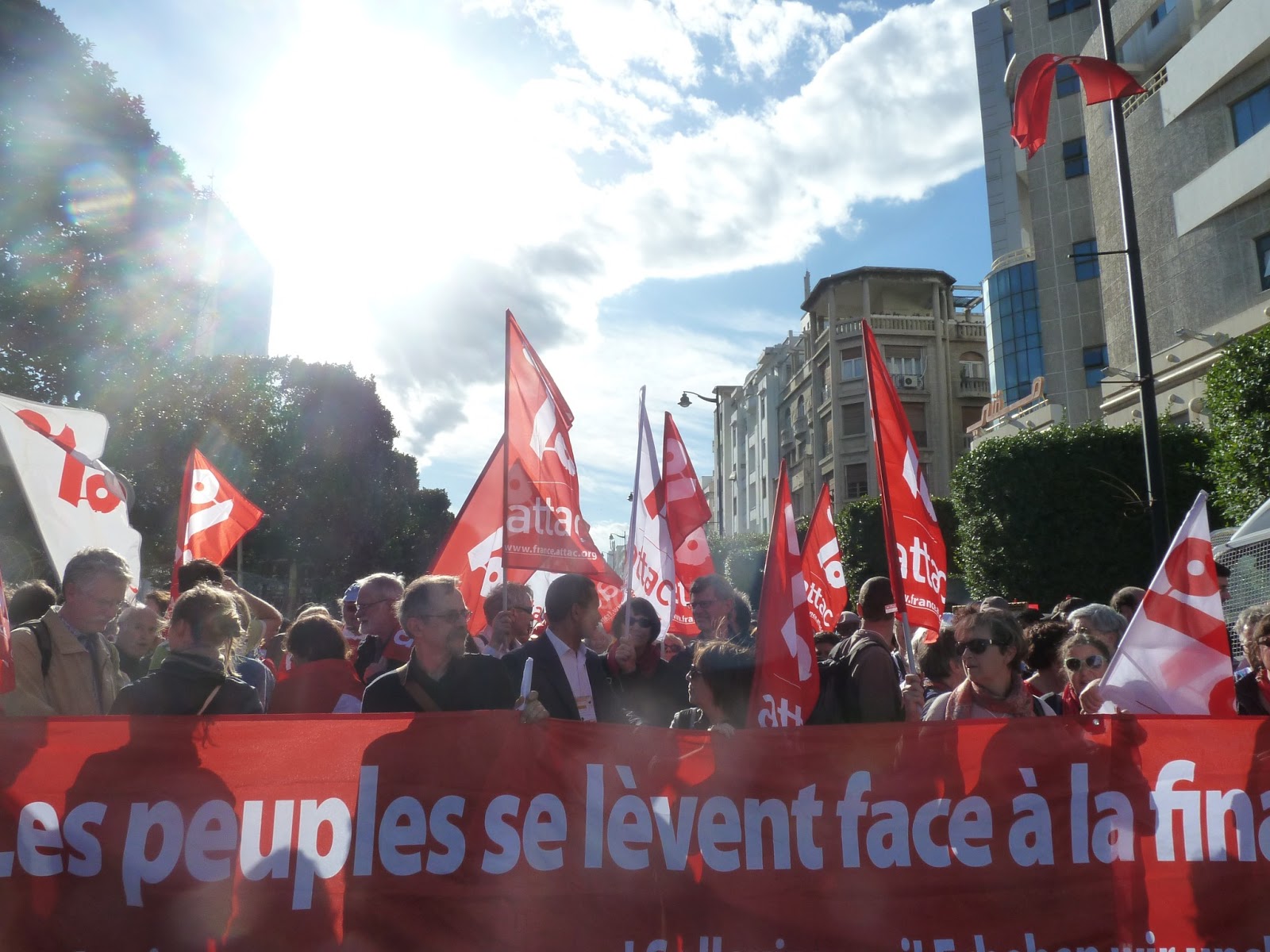 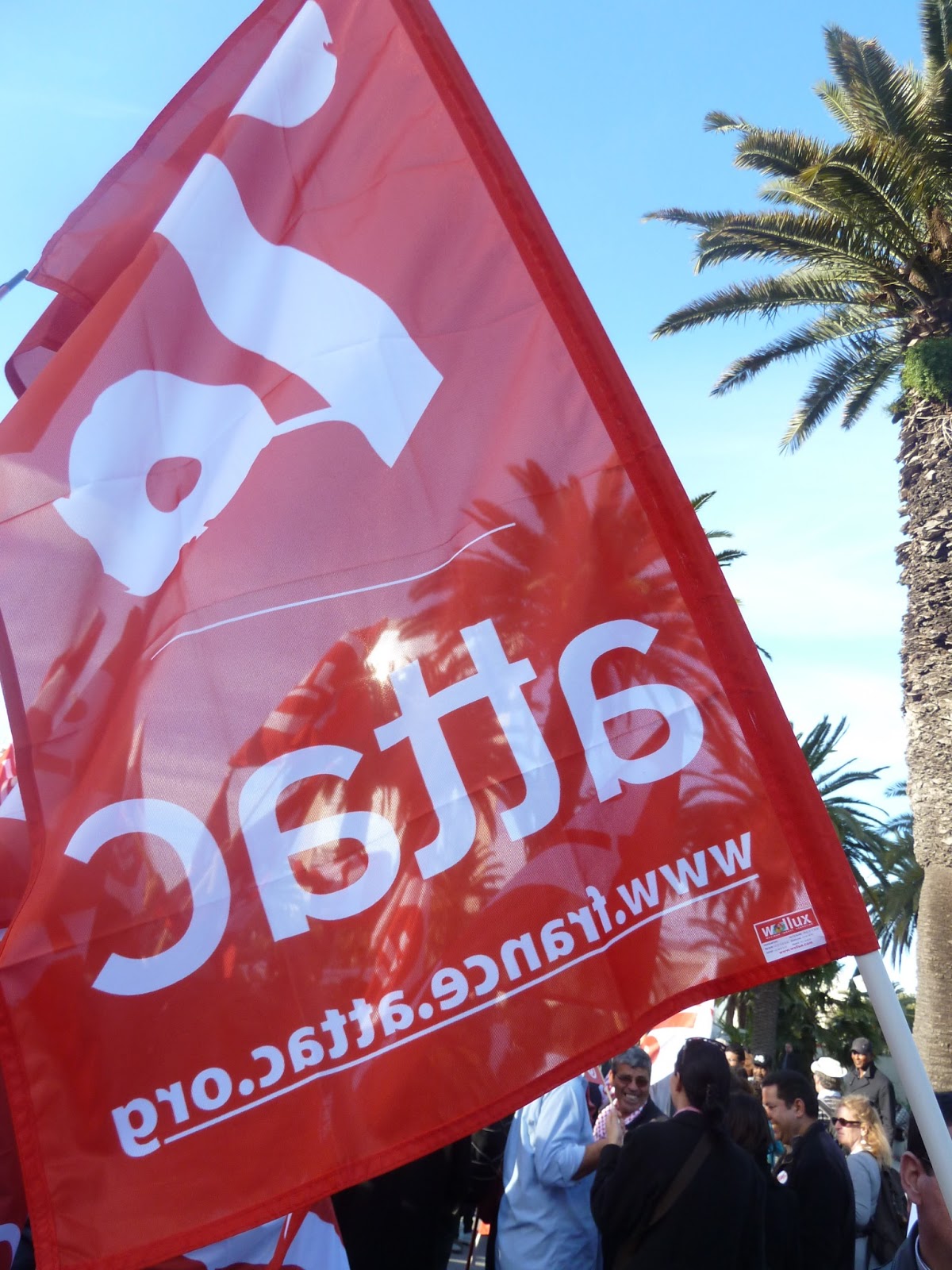 Attac from Europe, Chile, Japan, North Africa and West Africa gathered in the march to make some attention to the importance of supporting the people and not the finance. Attac France’s megaphone, flags and banner were quite handy to do so. 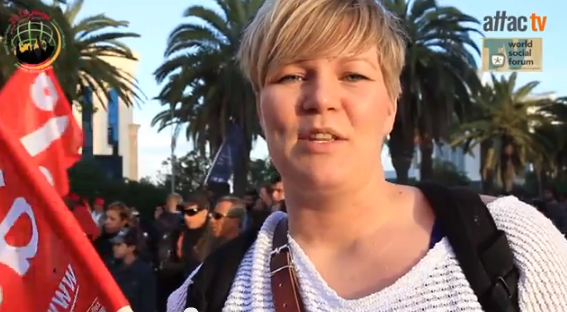 Benedikte was interviewed by AttacTV along the march.

To be a part of this demonstration did something important to my perspective. On the first hand it was quite amazing to see how a great amount of organizations (international as well as local ones) gather their agendas together making one big scream about justice, >dignity, and that ANOTHER WORLD IS POSSIBLE!
On the second hand, it was beautiful to see with my own eyes how the revolution two years ago made this possible. The Tunisians are allowed to go to the streets. They are allowed to organize. I saw this new freedom shining from their eyes. Neither they, I nor the rest of the world should ever forget about this. 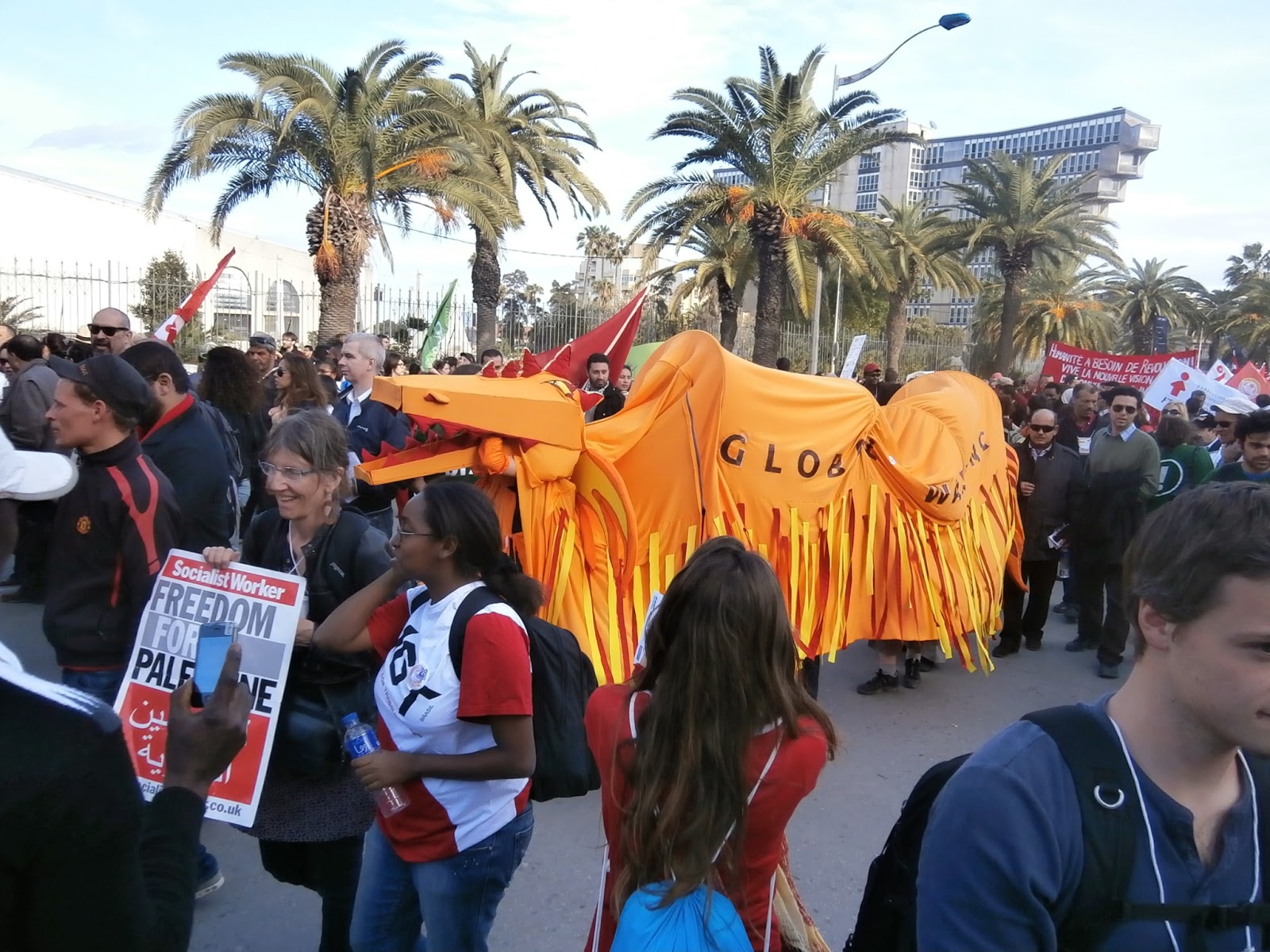 Example on the demonstrations diversity:
Global warming dragon in front. 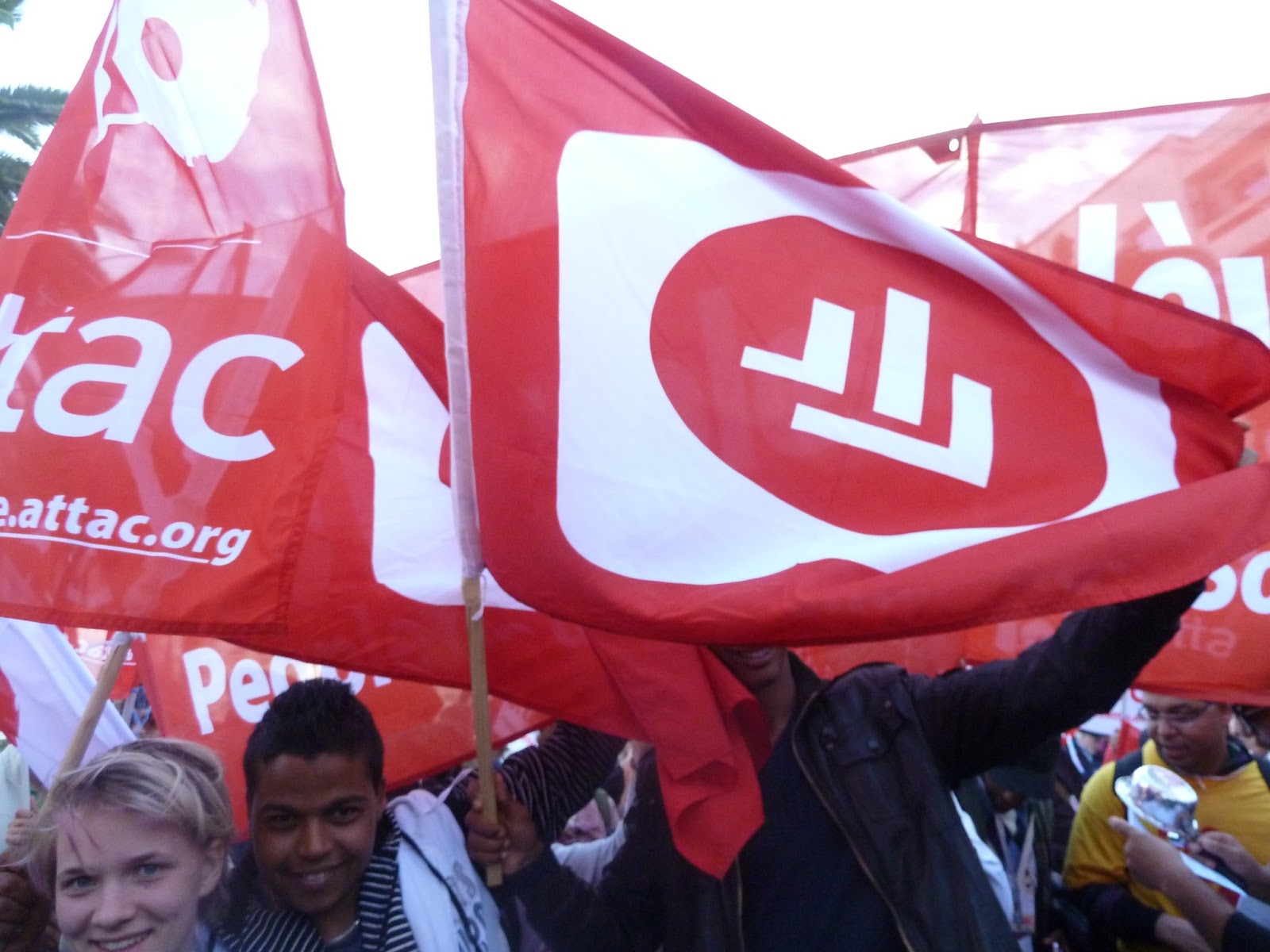 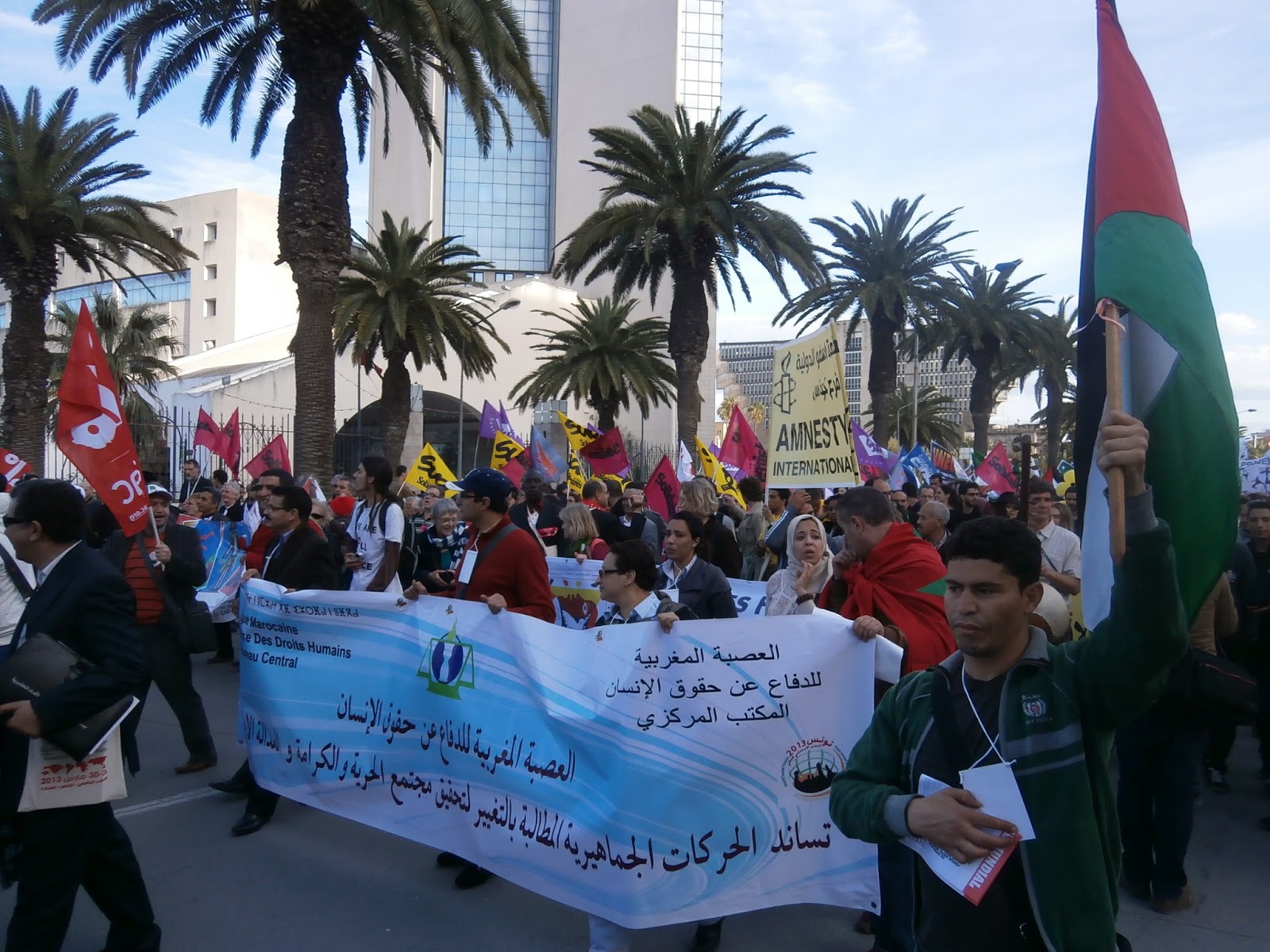 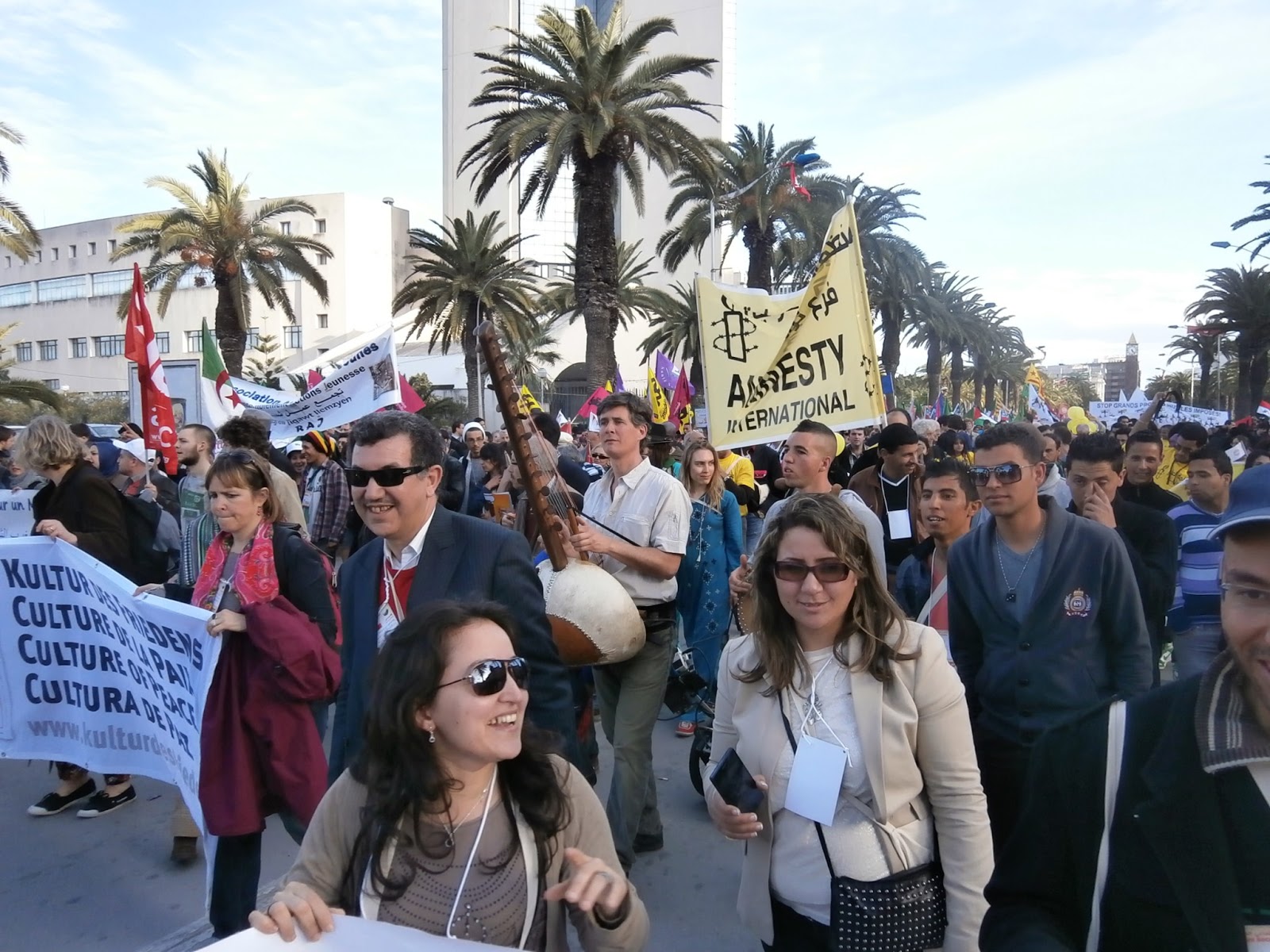 Example on the demonstrations diversity 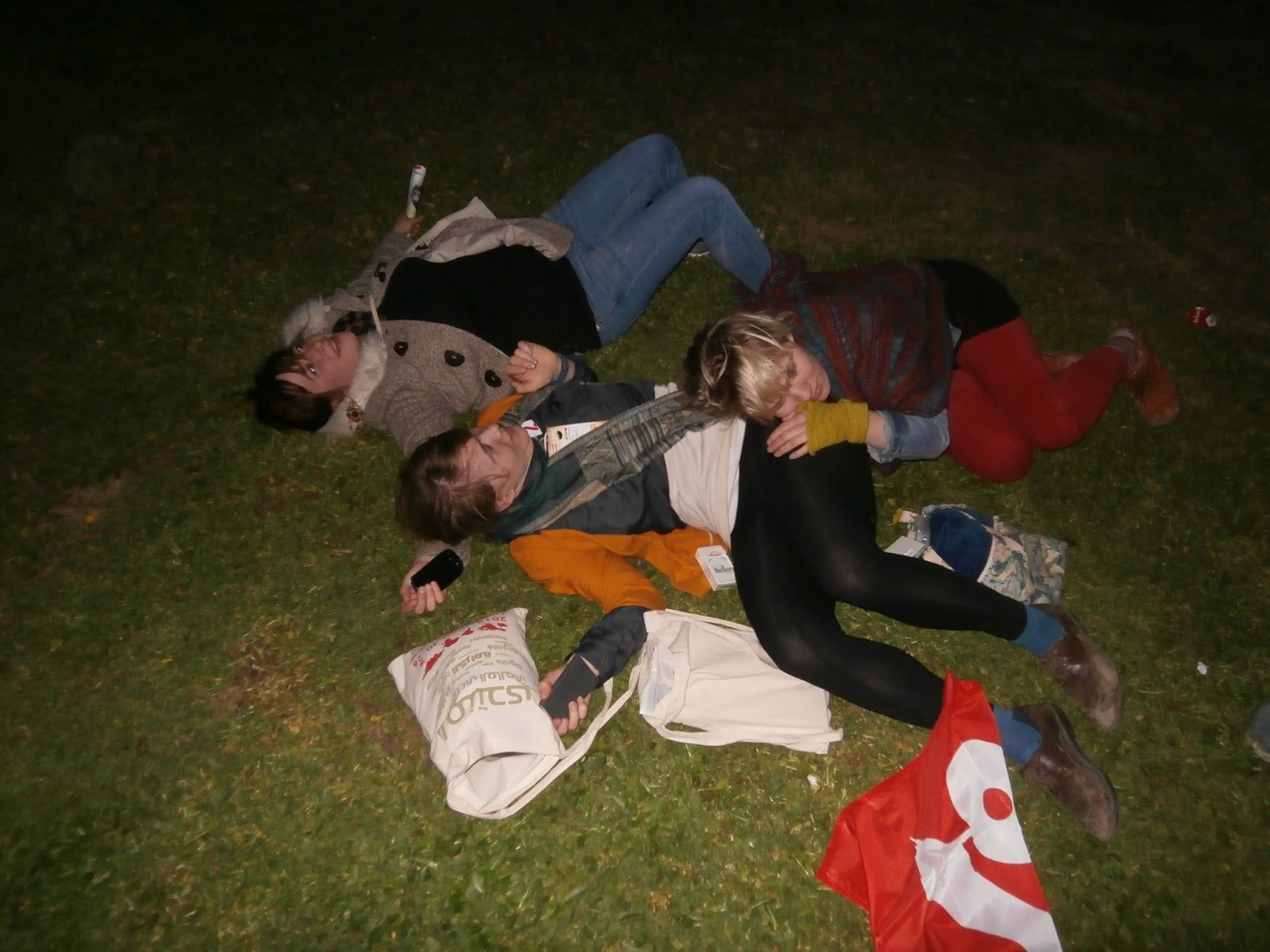 Exhausted after the march